I finally brought my mom's camera to work with me to download some of her pictures!  I also have several videos, but they seem to be loading really slow, so I'll try to put them on here tomorrow. 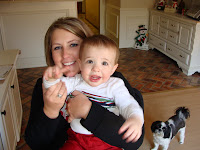 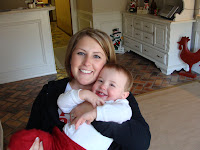 My aunt Diane and uncle Craig came to town a few weeks ago, and being the good little employee/daugther that I am, I took off work, left my dad to the shop and got to see them for a little while!

Landry LOVES phones, especially working phones, so of course when Craig pulled his out, Landry was on him instantly! Thanks Craig for letting him play with it! 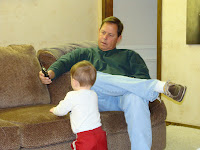 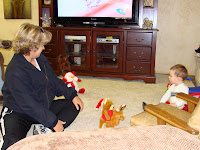 They also brought they boys Christmas' presents so Landry went ahead and opened his. 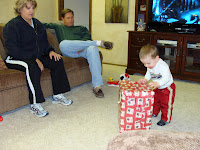 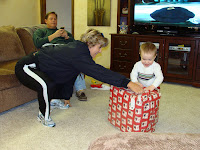 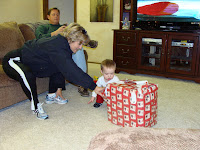 It's his very own bear skin rug!  I think Landry was a little freaked out at first, but now he loves it! We usually keep it on the back of the couch so he can play with it, so he climbs on the couch and grabs the bears face and laughs!  He thinks it's awesome Diane & Craig! 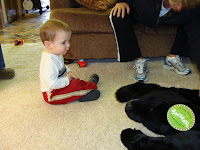 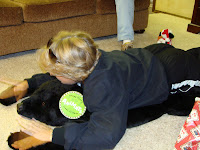 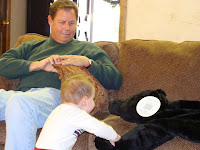 The boys also made Christmas cookies with Grammy again this year.  Last year when we did this Landry was really little, so he slept on Grampy the entire time, this year though he had a blast! (Actually he ate the cookie dough and then threw a wall-eyed hissy fit when we took it away from him) 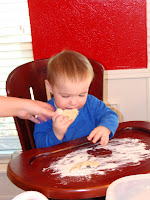 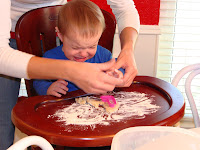 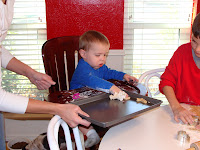 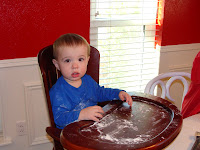 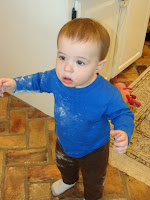 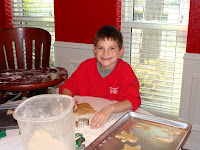 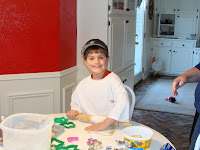 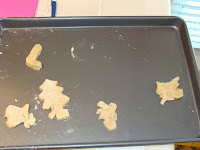 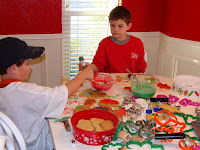 This was my parents back yard on Christmas. Isn't it beautiful!! 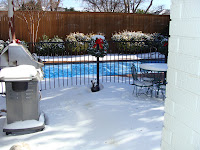 Landry eating his lunch in his wagon from Santa 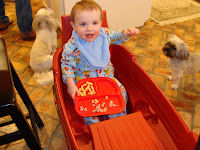 Our heater went out last week, so we stayed with my parents for a week, so Landry got spoiled to having cookie time with Grampy and the girls! 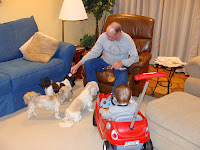 Sorry it's not to interesting, like I said, I'll try to get the video's up soon.

PS.  Huge shout-out to my cousin Kim and her hubby Mark, who just found out that they are having a BABY GIRL!!!!!  I could not possibly be more excited for y'all. It'll be here before ya know it!

Hope y'all have a great day!

First, I have to ask: What is my mom doing to that bear?!?!? Second, those are really cute pics...are the videos of the cookie making? I bet that was cute to watch. I miss making cookies.

You could have definately left me out of the photos!!! We certainly are glad you took off work to spend time with us. It was a rushed trip but even a little time is good time. Glad Landry is "warming" up to the bear rug. It does have a big face so I bet it was overwhelming. Cookie making is always a good time too. Especially if it is at someone elses house. lol

Landry was so cute opening the bear present. I wish we had had the movie camera going it would be nice to be able to play back his reaction of seeing it and watching Diane demonstrate of how he could lay on it and play with it. Cookie making was fun and next year he will really be into making them with the boys.